Soundtrack – Snow Patrol’s Up To Now album
Last time I was in Netherlands was back in 2006 just like the last time I was in Germany before the recent trip to Berlin.
How I feel towards Netherlands is quite different from Germany. In 2006, we spent an entire month there and Netherlands was in the middle of our 10 week trip, so friendships were already formed and we became closer and closer. In Netherlands, we hung out every second, watched the world cup together, jammed on the keyboard and guitar, biked to nearby towns, to Belgium and into the late hours of the night, studied, snuck into private tennis courts and of course some other things which aren’t meant for public domain. We explored Oisterwijk, Den Haag, Tilburg, Delft, Amsterdam and Utrecht.
For the reasons above, I have an affection for Netherlands, and couldn’t help reminisce before and during this trip to Amsterdam. A glimpse into the past: 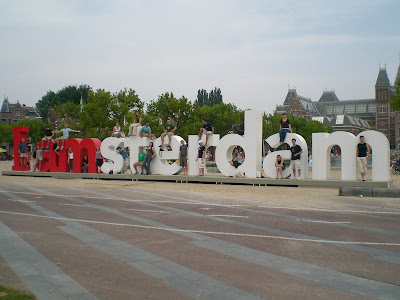 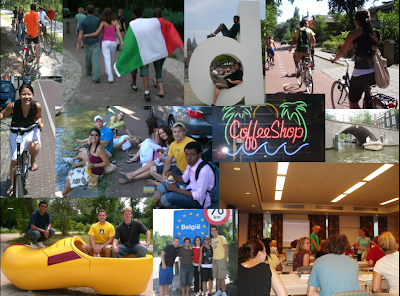 So random story during this 2011 trip while on my way to a Breda. Along the way I passed a field while on a bus and something went off in my head. It was the very field where Mike and I ended up one day when we decided to skip class (or maybe a tour). It was almost as if the scene was copied from my past and pasted into the present and I could see us on the field, kicking the grass, throwing twigs, and talking about random stuff.
Enough with the past. So this time around, it was pretty hectic. I spent my nights prepping, and the days travelling to meetings. First day was spent travelling to a meeting in Breda, and second day on meetings in Amsterdam with a few hours spent out of our office there.
Let’s spend a moment on the biking scene in Amsterdam. So we all know that everyone here bikes right? Oh my, the cyclists here are serious. In London, they observe traffic lights. In Amsterdam? Haha. Not really. My colleague commented on my observation and goes, “We have two rules here. 1. Always be on the move as long as you 2. don’t hit a car or a pedestrian. Stick to that… and you’re fine.”
During the evening on my way from the office to the train station, my colleague offered me a ride on his bike, with my suitcase. He dumps my suitcase on this L shape thing on the front of the bike and starts biking with me still standing on the street. I’m like “what about me??” he goes ” you’re supposed to hop on NOW.” I’m thinking how the heck… I stop thinking  and jump on the backseat. He goes “um you’re supposed to sit on it with two legs to one side.”  really? I was already in panic mode and told him to just go. During the ride, I kept marvelling out loud at his balancing skills with me on the backseat and suitcase on the front. He goes “I’m a Dutch boy you know? We are different from the rest. So you like Dutch boys now eh?” aha, my fear went away.
Prior to the bike ride, my colleagues took me to a really nice pub by one of the main canals for drinks. There, I was introduced to La chouffe, a pretty awesome Belgian beer, and Bitterballen, a Dutch snack which is a fried meatball filled with minced beef and ragout. Grreat combination!
Some other things I learned and observed…
1. In Netherlands you always introduce yourself on the phone as soon as the person on the other end picks up the phone. So e.g even when you order pizza, you go “hi my name is Jane Doe, I would like ….”
2. They kiss thrice when greeting you. I’m now used to the way Brits kiss once on the cheek, and the way the Spanish and Italians kiss twice but can’t help stifling a giggle (simply because I’m not used to it) when my colleagues take the time to go muah, muah, and muah.
Thank you to my colleagues for a lovely evening by the canals, introducing me to La chouffe and Bitterballs!
To everyone from the IBI trip, we’ve all gone our separate ways and some of us still keep in touch. I hope you are all well and thanks for the memories…